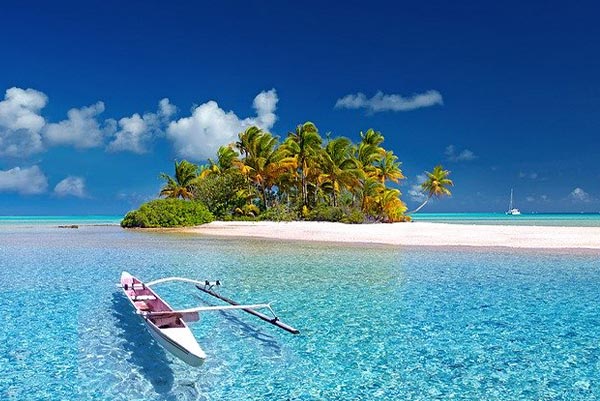 One of the first pitfalls for overseas travelers is believing they are covered by their current US insurance policy. Don’t rely on your current medical plan after leaving the country. There may be limitations to your coverage overseas. Your US insurance company may assure you that you are covered, but when it comes to filing a claim and getting reimbursed, it can be a complete nightmare. There are also limits on what your provider will cover. Actual medical bills may be covered, but not evacuation, hospital costs, a flight home, or potential repatriation. In the unfortunate event of a death, the average cost of repatriation alone is around 20k USD, and that doesn’t even include funeral and burial costs. Both types of international health insurance can fill the void left by your current insurance and in some cases save you lots of money.

Make sure you understand what’s covered

Travel Medical insurance will cover your medical costs, evacuation, and even repatriation of remains back to your home country. Although treatment will most likely need to be in the “nearest, best facility,” your costs will be covered and you won’t risk being held “hostage” by a hospital in a foreign country. In addition, the insurance company will assist with evacuation, arranging transportation home, and payment to the medical facility. Some Travel Medical policies even cover pre-existing conditions to some degree, but it’s important to note that many do not. The policies that do cover pre-existing conditions generally require that you maintain current insurance coverage back home.

If you’re leaving for a long time and don’t plan on coming back for a while, you should look into Annually Renewable Expat insurance. Expats often get their routine medical care in the country where they reside. Outside of the US, this care tends to be cheap. This leads some people to think that they shouldn’t bother with international health insurance. There are two reasons why this is a mistake. First, major life-threatening conditions are still expensive when you want to get the best care available. A private hospital, even in the developing world, isn’t cheap. The cast you get for your broken arm, or the stitches for that cut on your foot, may indeed be cheap. But should you suddenly need the expertise of a qualified cardiac surgeon—it’s going to cost you a pretty penny. You could fly back to the states for that, but what if you dropped your US health insurance coverage?

An affordable way to keep some U.S. coverage

The second reason to get Annually Renewable Expat insurance plan is that having one is actually an effective and affordable way to maintain some US coverage. This is because most plans let you access up to 180 days of care in the US, and it is still much more affordable than if you had kept your original US insurance. If you want the option of returning home for medical care when something big crops up, such as cancer or heart disease, or if you spend your summers in the US and your winters cruising, an Annually Renewable Expat plan is exactly what you need.

There is one disadvantage to Annually Renewable Expat insurance that you should be aware of—the exclusion of pre-existing conditions. With the advent of Obamacare (the ACA), many Americans got accustomed to having their pre-existing medical conditions covered, even if they switched insurance policies. Not so with international health insurance plans. These type of plans are not obligated to cover pre-existing conditions. If you have a pre-existing condition, keep in mind that even if that particular part of your body may not be covered, the rest of you is! To my knowledge, 100% of the claims my clients have filed in the last 10 years have been for accidents and illnesses they experienced while traveling, not for a pre-exisiting condition that suddenly put them in the hospital. International health insurance is more affordable than you think, and a significant cost savings over what you have been paying as an American. It’s worth checking out before you head abroad!

Why not just buy Travel Medical insurance for a year?

So… you’ve got a quote for a year’s worth of Travel Medical and a year’s worth of Annually Renewable Expat insurance, and the Travel Medical insurance is cheaper. Your friend, who lives in the town you just moved to, says her Travel Medical policy from GeoBlue (or World Nomads, or IMG) is great. And it is! But remember, it’s short term—one year max. Why not save some money and skip the annually renewable policy with it’s cumbersome medical questionnaire and underwriting? Well… it all comes down to those pesky pre-existing conditions that you don’t have (yet).

Let’s look at an example

Let’s say your friend Jolene has a really good, one year Travel Medical plan. Jolene is in excellent health, but she wakes up one morning and feels a lump. The lump gets bigger, so Jolene goes to the doctor and they do a lumpectomy. A biopsy reveals that she has cancer. Jolene will most likely have all of the treatment covered for the removal of the lump. But ongoing treatments for cancer will stop when the policy expires after one year. When Jolene is ready to get a new international health insurance policy, the cancer will be a pre-existing condition and will no longer be covered. It will be difficult for her to get any health insurance at this point.

Jolene’s going to have trouble, but you were smart!

You, on the other hand, decided to get the long-term expat policy, and yours is annually renewable. You couldn’t get it immediately because you had to fill out a medical form, and maybe you even had to get your doctor to sign off on some condition he treated you for ages ago. The insurance company might even have issued a rider excluding your knees because of a surgery some years back. But… you accepted the rider, got the policy and pay a bit more for your coverage than your friend Jolene. Then one fine morning you wake up and also find a lump. You end up with the exact same diagnosis as your friend Jolene. Thankfully, the multiple surgeries, medications, and ongoing cancer treatment required, as well as follow-up visits to the oncologist, will be covered—this year, next year, and the next—for as long as you keep your policy. It renews each year, and you are covered for things that happen to you. In this example, your cancer isn’t a pre-existing condition because you aren’t buying a brand new policy each year.

Make Sure You Choose the Right International Health Insurance Plan!

Before you sail off into the sunset for retirement or move abroad for a great job opportunity, make sure you have the right kind of international health insurance plan. If you need more advice or some help finding what you need, send me an email at healthisinternational@gmail.com or contact me here.

Work with a human