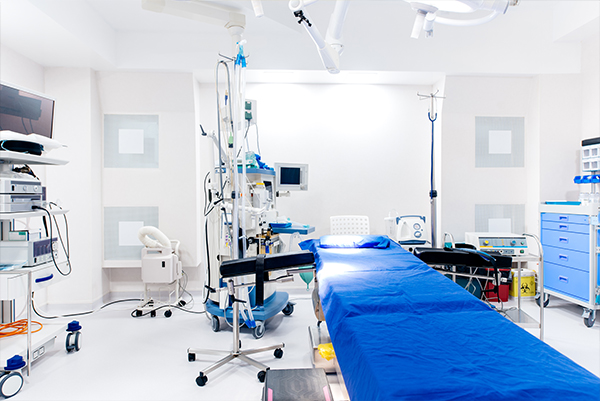 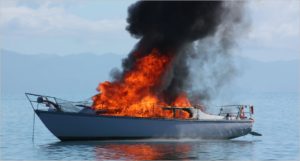 Sailing down Baja California, Mexico, this wonderful trip suddenly turned disastrous. This trip almost cut their lives short when the boat they were sailing caught fire. They have an amazing tale of the lessons learned, the causes of the fire and how they both survived. On one level this is a happy tale of a great adventure with a happy ending.  On another it is also a horror story none of us would want to relive. Where their story gets especially interesting to me is what happened once they made it to the hospital. Usually we think that getting to the hospital is when were safe, but sometimes that only makes the ordeal worse. An International Health Insurance policy might have made the end of this adventure a little less stressful.

Here it is in their words from Sandpyper.blogspot.ca

“Annette was suffering from shock and hypothermia when rescued. Once out of the water we saw that we had serious open wounds from burns on our arms and legs. Our rescuers took us to the small fishing village of Barriles where an ambulance took us to a local clinic and our wounds were bandaged. For the first time we were able to call home and communicate our situation to some of our friends and relatives. We then were taken 40 miles south by ambulance to Saint Luke’s hospital in San Jose del Cabo. “

At this point in the story I was starting to wonder if the couple had an international health insurance policy. I figured they probably did, as many cruisers purchase at least a high deductible policy for just such an emergency. But read on!

“The adventure did not end here however. Although we had been swimming with open wounds in an area famous for its schooling hammerhead sharks, we did not encounter any during our time in the water. However, the same cannot be said of our stay in the Saint Luke’s Hospital. We arrived with nothing but swim trunks and T-shirts.. no shoes, no passports, no phones, nothing to even prove who we were! We were shocked when told we could not be treated without credit cards authorizing advanced payment. Phones were provided so we could call home and get credit card numbers from our relatives. We had no choice. We had to be treated so we gave them two numbers. They immediately charged one for $8000. Luckily we did not remember the expiration date correctly and the 2nd charge did not go through. Our burns were then treated and bandaged and IV pain medication administered. Annette was having difficulty breathing and showing signs of pneumonia so she obtained breathing treatments and antibiotics.”

Oh man! $8,000 charge on the card before they even began treatment. Turns out the real sharks were the ones running the hospital. I thought medical care in Mexico was cheap? Well… it is cheap, but it’s still not free. Had they had a high deductible policy they would have about broken even at this point, so maybe it was just as well they didn’t spend the money on insurance. But read on…the story isn’t over yet, and neither is their international medical nightmare.

“The next day we were able to phone more friends and relatives. Annette’s son, was able to inform the American embassy of our plight and we were then visited by an agent from the local embassy. We were shocked when he informed us the hospital had been shut down for extortion of tourists at the request of the embassy and that we should leave as soon as possible.
We first needed money so we devised a plan to get Annette’s son to send money to a friendly nurse who then gave us pesos so we could buy clothes and pay for a hotel after we broke out. He also arranged airfare for our return to Los Angeles. The hospital informed us that we must pay $30,000 or we could not leave. When the embassy agent came the next day to escort us out (jail break), the hospital relented and gave us a $30,000 bill. We were free at last!
Once out of the hospital the embassy agent took us to Wall-Mart where we purchased new shoes and clothes for the return trip home. The agent supplied us with temporary travel passes and took us to the airport where he walked us through customs and immigration. We were met by Annette’s son at the airport and breathed a sigh of relief when we arrived home in Channel Islands.
The next day we were examined by Dr. William Starr, the foremost burn specialist in Ventura County. After examining and bandaging our wounds Dr. Starr admitted Ed into Ventura County hospital anticipating the need for skin grafts. Fortunately over the next 4 days his condition steadily improved and skin grafts were not necessary. As of this writing we are both once more at home and our wounds have healed.”

Holy cow!! $30,000 USD and held hostage at the hospital until they paid. Luckily for them the embassy got involved and got them out of the hospital, but they are still left with that bill. In addition, many cruisers cancel their US medical insurance so getting home and getting checked out by a US physician can also become a financial ordeal as well. With 8,000 on the credit card, a 30,000 hospital bill, plane tickets home for the ‘evacuation’ and medical bills back home, I think it’s safe to say that this couple would have benefited from having an international health insurance policy. There are several different policies designed specifically for cruisers, from Geo-Blue Navigator to IMG Crew Select. Check out all of my plans for sailors and cruisers here: https://healthisinternational.com/insurance-for-sailors-crew/

Expats living abroad might like to see some of the general international health insurance expat plans here:https://healthisinternational.com/expatriate-health-insuran…/

Even if you are going for just a short trip abroad, a car wreck or accident can land you in a hospital that might even hold you hostage until you pay the bill as well. Check out all my international health insurance policies right here.www.healthisinternational.com

I’m just thankful that this couple made it home safe and sound and is recovering from their burns. I hope that hospital bill doesn’t prevent them from adventuring south of the border as well. I also know that for my own peace of mind I always travel with travel medical insurance just in case.