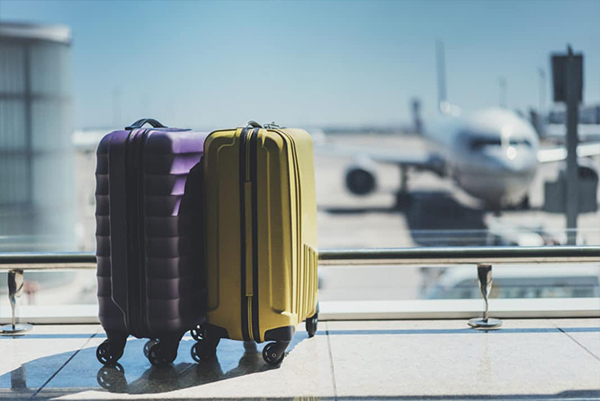 Read on to discover more in this great article by the CBC of some horror stories of Canadians who came across the border, some only to shop in the USA without international insurance and ended up owing more than an arm and a leg before they left. There is insurance for Canadians and it is affordable, easy to get, even the day you cross the border and probably less expensive than you think.  Especially if you have a mishap!

(Note: CBC does not endorse and is not responsible for the content of external links.)  A quick trip to the U.S., even for a day of shopping or to catch a ball game, can be a costly one in the event of  a medical emergency. Few people consider purchasing additional health or travel insurance for a quick jaunt to our neighbour’s.  According to travel agents and insurance brokers, little has changed since a 2011 RBC survey of people aged 18-34 found 44 per cent “rarely or never” purchased health insurance for travel to the U.S.”They just feel very sure nothing is going to take place,” said 82-year-old Mae Youngman, president of Mae’s Travel. “To take the chance isn’t worth it. I know that myself.  “She’s living proof a little extra money up front can save a person from a lot of financial hardship down the road.She has suffered an aneurysm in Fort Lauderdale, Fla., had her appendix removed in Sarasota, Fla., and broke her elbow in Mexico. In all three cases, she received out-of-country medical treatment, including a seven-hour operation and three-week hospital stay. She said without additional insurance, she could not have paid for the treatment. 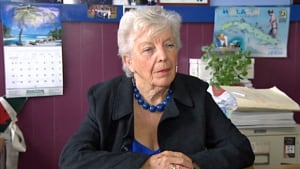 Mae Youngman has suffered an aneurysm, had her appendix removed and broke her elbow outside of Canada but was covered through insurance each time. (CBC News)  Youngman estimates about half the people she books vacations for opt for travel insurance.”I don’t know how they do it on their own, how they pay for it,” Youngman said.Mike Outram is a Windsor, Ont., man who couldn’t. The gymnastics coach suffered a fall in a Michigan gym and is now a paraplegic.When the injury happened, his medical care in the U.S. cost him $168,000 when all was said and done. “And I really didn’t have anything done,” he said. He never had insurance. “Where’s the $168,000 going to come from to pay this bill?” he still asks. “It never really crossed my mind. Being on a border town you don’t really think about it. You don’t think, even going to a baseball game or getting on a bus, ‘how am I going to get in an accident?’ You can slip. You can be in a hospital in an instant.”

The Ontario Health Insurance Plan (OHIP) does pay for some out-of-province medical treatment, including some in the U.S. OHIP pays up to $400 CAN per day in U.S. hospital costs, depending on level of care. The plan also reimburses outpatient visits at $50 CAN per day. And it reimburses physicians costs at the rate they would be paid in Ontario. If a U.S. physician charges more than a Ontario doctor for the same procedure, the Ontario patient pays the difference.

OHIP spokesperson Julie Ingo said the province spends $14 million a year reimbursing Ontarians who suffer medical emergencies out of province.”Ontario fees are much lower than in the U.S.,” she warned. “What OHIP is reimbursing under the travelers program is a limited amount and not the whole cost.”Most of OHIP’s coverage is for emergencies only.Denise Luxford, a travel insurance specialist in Windsor, Ont., said a simple slip and fall down the stairs or broken  arm can result in a $5,000 US bill.Luxford said that in some cases, American doctors conduct tests, such as MRIs, that Canadian counterparts would not call for.”My own kids don’t think about it,” she said of travel insurance. “I have to remind them when they go. They’re so used to OHIP covering us here. I don’t think they understand the rules. “Everybody has heard horror stories.”

With minimal insurance available from Canadian insurers, the secret is to get some international travel insurance even for short visits.  I would recommend some of the policies on this page to keep you covered on your visit. Most of these short term policies are appropriate. https://healthisinternational.com/international-travel-insurance/

Sue and Glenn Bacarro have one. They were heading home to Windsor, Ont., from Detroit Metro Airport when Glenn lost control of their SUV in a snowstorm and the couple were struck by a transport truck.Sue suffered a bruised tailbone and crawled out the back of the SUV.Glenn, though, had a collapsed lung, fractured spine, broken nose, broken pelvis, 12 broken ribs and an aorta dissection. He also lacerated his kidney, liver and spleen.He spent two weeks in two U.S. hospitals before he returned home. 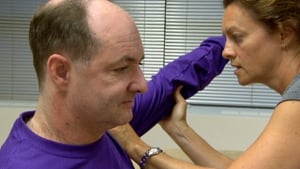 Mike Outram fell in Michigan and is a paraplegic. His medical bills in the U.S. cost him $168,000 US and he had no insurance. (CBC News) The Bacarros had auto insurance, OHIP and an insurance plan through the University of Windsor, where Sue was going to school. “I thought possibly, yeah, [it could be expensive] but I was thinking of Glenn and his well-being. I kept saying, ‘do the treatment and we’ll figure it out,'” Sue said. The bill was $70, 000 U.S. when she realized auto insurance didn’t cover the medical costs. The bill ended up being $325,000 before Glenn came home.”What a price to put on a life, right?” Glenn said.Sue said she could barely keep up with the mounting bills.”There are so many things coming at you; treatments, reports, invoices, insurance. It’s very busy,” Sue said.Eventually, every dime was paid for by OHIP and insurance. It took six years to close the case. Meanwhile, bills were coming and collection agencies were calling, almost immediately.  ‘The effect on your family can be devastating.’– William Goldstein, personal injury lawyer  Glenn said the system is not easy to navigate.”It’s hard to understand what you’re dealing with or what you’re agreeing to. It’s all business and technical terms. It’s a whole other world,” he said. “We honestly don’t know what happened. We don’t know who paid for what.  “They couple now has out-of-country medical insurance that covers up to $5 million.  “You don’t think about it but if anything happens and you end up in a hospital, you’re looking at hundreds of thousands of dollars in payments,” Glenn said. “How are you going to cover that?”  Will Goldstein, a person injury lawyer, said even a Canadian’s auto policy should be bolstered before heading to the States.  “One of the things you have to worry about in the state of Michigan is a lot of folks driving around without insurance. You shouldn’t assume the people who bang into you have proper insurance. You better make sure your insurance is high enough to cover the situation where you’re hit by an uninsured or unidentified car,” he said. “The effect on you and your family could be devastating.”